Here’s to a happy, healthy, and successful writing in the New Year 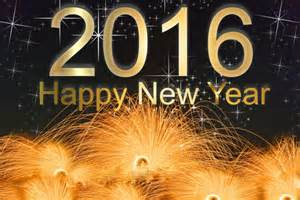 The book I grabbed to read on the commuter train to DC on Monday happened to be Elizabeth George’s, Write Away.

Although I read this book several years ago, now that I have a published book under my belt and am well into starting the next one, it was fortuitous that I singled out Write Away.

I like the way Ms. George begins each chapter with a line from her journal, expressing the same doubts and frustrations that many writers have. She first presents the basics to keep in mind when writing any story – character.

She believes the foundation of any story is its characters. They are what readers will remember and will talk about. Developing character descriptions was difficult for me to do, but I must have done something right, as I am getting comments from readers that they love my characters; they can’t put the book down.

I am thankful Write Away jumped off the bookshelf and into my hand this week. I need to reread the advice that Elizabeth George imparts. 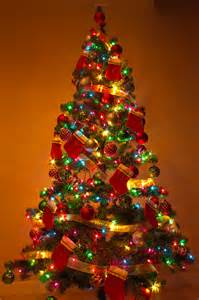 This past month has been filled with book marketing, book selling, volunteering, holiday preparations, and more book marketing/selling. In fact, I can’t believe it has only been a month since I published An Unexpected Death.

Today I pause and thank all those who supported me through this past year through their time, energy, and talents. It is you who helped bring these type of comments from readers:

“It is an absolutely incredible book for a first-time author. In jaw-dropping admiration I congratulate you!!!!!!!!!!”

Thank you everyone, and may you all have a happy, healthy and peaceful new year.
Posted by Mary Nunn Maki at 9:41 AM No comments:

Review from a reader in Florida

Touching comments continue to come in via personal emails. Below is part of one such note:


Wow!  Just wow!  From start to finish.  As a crime/mystery book lover, I've read hundreds, maybe thousands, and would rank M.E.Maki right up there with my favorite dozen authors.  The ones I anxiously await and delightfully secure sequels.  Glad you are working on your next one - I'll be looking for it.  You have touched on some really contemporary topics, which is pretty rare.  And given a fresh treatment to the old standards.

I am so thankful to these readers who take the time to let me know not only that they enjoyed the book, but what they enjoyed about it. So helpful as I work on the next adventure facing Caitlyn and Ethan.
Posted by Mary Nunn Maki at 5:32 AM No comments:

Where do book ideas come from? 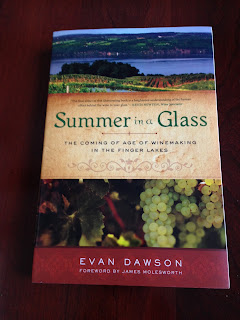 "Where do you get your ideas?" This might be the number one question authors are asked. For those who have read An Unexpected Death and made it to the acknowledgement page you know what inspired one of the plot lines.

Another plot line was developed after I read Summer in a Glass by Evan Dawson. This book is about the history and stories behind some of the Finger Lakes wineries. By spending time and developing relationships with the owners and staff, Mr. Dawson was able to creatively capture the personalities that make up these fabulous New York wineries. I found the book fascinating and became so involved in their stories that I wanted to incorporate in my book this growing part of New York's agriculture.


Back to the question of where do ideas come from? They come from everywhere and anywhere and sometimes from the most unexpected places.
Posted by Mary Nunn Maki at 4:50 AM No comments:

I have learned that not everyone knows how or is comfortable with posting a book review on Amazon. Instead, they send a personal note, and those bring tears to my eyes. The notes are heartfelt and have provided me with the incentive to keep writing.


It’s written in English - Semicolons, grammatical structure, no dangling participles. A rarity in the 21st century. So far, big kudos. The amount of research this took must have been daunting.


Great smoke screens surrounding the killer … interesting characters with back stories that kept you guessing.  … What I am most waiting for you to explore is the husband of the town clerk, Penny Mitchell – the genealogist. I bet he could bring a lot to the plot of the next mystery.


Not only did I get a thumbs up from this voracious reader (and who works in a Chicago book store), but she also told me what she wants to see me develop in the next book.
Posted by Mary Nunn Maki at 4:31 AM No comments:

Where am I going with this? 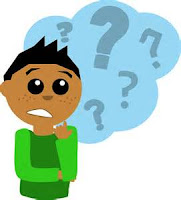 Ah, the vicissitudes of writing. I wrote a great first chapter. Character and setting descriptions were good. My writing group thought it was great. I’m on my way. Or am I?

I’m stuck. That great beginning wasn’t a springboard to the rest of the story. The character I had killed off hadn’t been developed. He needed to be.

There was no segue into the plot line, and my protagonist wasn’t going to show up until several chapters in – not good writing/planning.

During my 5:00 a.m. coffee time, gazing at our Christmas tree, I ruminated about this problem. My helpful muse (a spirit that inspires) finally appeared and a new plan developed.  I quickly grabbed by writing notebook and jotted down ideas. My original first chapter will be saved and used later in the story. But I came up with a new first chapter that segues into the plot line, and I am now on my way.
Posted by Mary Nunn Maki at 1:00 AM No comments:


When the muse strikes, we want to write!  But when the first flurry of ideas wears thin we are left with characters that can display contradicting actions – if character bios haven’t been developed.

Before starting An Unexpected Death I sketched out bios of my main characters. That wasn’t as easy as it sounds. For each person I developed a physical, psychological and sociological profile as well as their goals, revelations, and crucial life choice.  Bios and character motivations are needed in order to provide depth to the story line.

I had over twenty characters in the book, so it seemed like a lot of time and effort to develop these profiles for everyone, because what I really wanted to do was to start writing.

“Your job is to present to us the character and the goal clearly and forcefully fairly early on.”
Nancy Kress, Writer’s Digest, Nov/Dec 2012

And that was okay until some of the secondary characters decided to take on a more important role in the story, and I then needed to determine their key motivation within the story as well as fleshing them out more, i.e. developing their profile. This was an annoying interruption in the writing flow, and I wished I had done it earlier.

It is a given that characters will change/grow during the course of your story. Those who you thought would be static characters might decide to take on a larger role, and for that you have to be ready and know them much better and what their key motivations might be.

In the book, Maddie is the sheriff’s office dispatcher. She was a secondary character with not much description. My first readers asked to see more description of Maddie and suggested she be developed more in the second book. For some reason she touched their hearts, and they liked her enough to want her to play a much bigger role.

And so it shall be.
Posted by Mary Nunn Maki at 4:28 AM No comments: 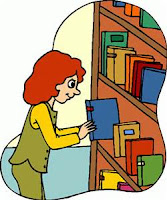 Mystery readers in the Finger Lakes Library system will soon have two books available to borrow. One has been donated to the Newfield Public Library and another to the Ulysses Philomathic Library in Trumansburg, New York.
Posted by Mary Nunn Maki at 1:00 AM No comments:

Wishing we could change our culture of violence.
Posted by Mary Nunn Maki at 3:20 PM No comments: 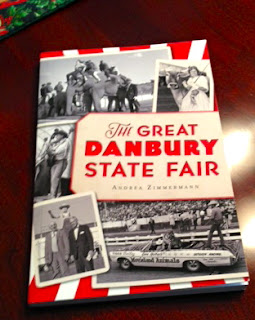 One of my first blogs was a photo of my friend and writing partner, Andrea Zimmermann, when she received her just published book, The Great Danbury State Fair. I was fortunate enough to receive an early copy and although I never had the opportunity to attend this fair, the stories contained in this book touched my heart.

I wonder if we will ever again witness the love and passion of men like George Mortimer Rundle, John Leahy, C. Irving Jarvis and others who created and carefully managed this enterprise over its 112 year run.

For anyone who experienced the magic of fairs during their lifetime, this book is a must read. You can order a copy through Amazon, the History Press, or from the author, who will send you a signed copy if you wish.
Posted by Mary Nunn Maki at 1:00 AM No comments:

The Challenges of Marketing

One of the downsides of publishing is reaching your target audience. And that becomes even more of a challenge when an author self-publishes. Though, I hear that even mainstream publishers want the author to do more of the marketing.

I developed a list of twenty-five venues in which to market my book. That list grows by the day as I think of more ways to get the word out to the right people. I have learned to be patient. It doesn’t happen in a day, or week, or even a month. It takes time and I am also convinced that at some point the book will have to sell itself. If it is any good, people will read it and recommend it.

And so I was delighted to see that my daughter, an acupuncturist in Upstate New York, has taken on the challenge and is offering my book for sale in her office. Maybe I should have had ten kids!
Posted by Mary Nunn Maki at 10:42 AM No comments: