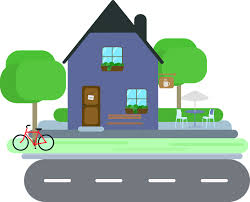 I am reading Make a Scene by Jordan Rosenfeld, a book I highly recommend for every writer. It is a whole new way for me to look at and evaluate the scenes in my book. I had just started the first chapter when I grabbed my writer’s journal to take notes on how I should reorganize my text. The book is that good.

Ms Rosenfeld begins by defining the functions of a scene as “…the essential DNA of story: They are the individual ‘cells’ of information that shape the essence of the story …” From that overall description, she delves deep into the core elements of writing scenes, and then describes the various scene types.

My writer’s journal notes from the first few chapters of Make a Scene instructed me to flesh out the undesirable character, Vince Russell, mentioned in the first chapter. The book reminded me there are always two sides, and I should tell Mr. Russell’s side of the story. He, too, has hopes and needs. Vince now has his own chapter, when before, he had a paragraph buried in the first chapter.

I realized I had stereotyped some of my characters. That’s wrong, and I have now reworked those scenes to better reflect the people and their culture.

I had not described the setting enough, and I find that is an ongoing process. It is part of the process where I have to slow down, delve deep into my characters and where they are in order to describe the setting they are in. This is not easy for me, but I’m working on it. Yesterday I enjoyed creating the town of Ingram and I hope my readers will enjoy it as well.

Keeping in mind the advice Ms. Rosenfeld provides in her book, I am crafting each scene launch carefully and strategically, and asking myself, what is each character’s role? By following this recipe, I have already reworked the first couple of chapters, and am looking forward to reshaping and fleshing out the later chapters.
Posted by Mary Nunn Maki at 1:00 AM No comments:

An article by Deb Caletti in the latest Writers Digest caught my attention. In fact, I stopped reading and put the magazine down. The article gave me pause.

She said the first thing she asks her students before embarking on a writing project is to write down – What’s the point? As writers we learn about developing characters, plot, POV, pacing, dialogue, and the importance of editing, but the most important element is, in her words, “your own deep and personal connection to what’s on the page.” And that is when I realized that what I have developed so far in my third book is a story, but not a passion.

Ms. Caletti goes on to say, “The most important thing you can do, truly, is write the book that stirs your heart and disturbs your soul.”

I had to reevaluate what I was passionate about in my third mystery. The first two books had issues I was passionate about, and there were times when I couldn’t type fast enough. The passion and energy flowed out of me at such a fast rate my fingers couldn’t keep up. But not this time. And I thank Ms. Caletti for reminding me that feeling the story is of upmost importance.

I realized that what I am most passionate about is delving into each character, getting to know them, and to see how they react in various situations. I am also passionate about how Caitlyn deals with the cold case she becomes passionate about at a time of high stress in her job and family.

Is there more? The article prompted me to talk things over with my muse, Sydney. I asked her that all-important question—what am I passionate about? We came up with several more things, and I have to figure out how to work them into the story.

Posted by Mary Nunn Maki at 2:10 PM No comments: